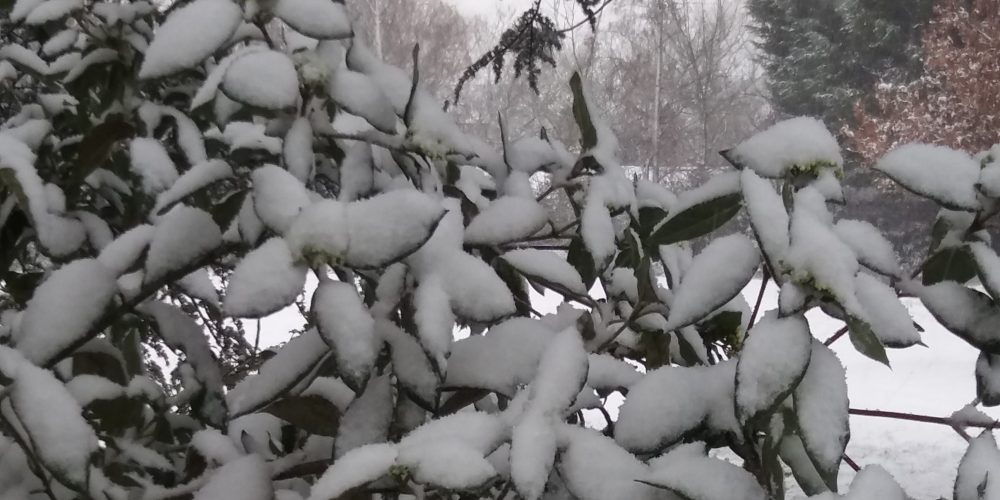 The Gardens have emerged from last week’s snow and freezing conditions relatively unscathed. The new planting appears to have coped with the deluge and hopefully with the milder weather will recover from the shock.

Snowdrops have emerged along the base of the Lovelace Wall, looking delicate and beautiful against the red brickwork. Clumps of narcissi are in bloom, their vivid splashes of yellow brightening up dark corners. The lush green tips of bluebells and tulips are beginning to push up through the earth promising more colour later in spring. Across the meadow small patches of crocus have appeared, jewelled clusters amongst the grass.

This week we have been preparing the ground along the Lovelace Wall so that it is ready for the restoration work which will start soon.

On the Cloister Garth side this has meant coppicing the hazel. We trimmed the cut hazel stems into poles which we can use to make plant supports around the garden and have saved the twiggy tops of the hazel to use as “pea sticks” in the cutting garden to protect future seeds from birds and to give young flower seedlings some support.

We also carefully dug out the young sambucus nigra (black elder) and Rosa mundi and re-potted them so that once the work on the wall is finished they can be replanted.

The massive old clump of Bergenia cordifolia (Elephant’s Ears) also had to be removed. We saved some to be replanted in Assisi Cottage garden.

On the Cherry Walk side of the wall we removed foxgloves and wallflowers from around the arch and moved them and several clumps of snowdrops further along the wall where they will be safe from the work.

There has been a new visitor to the gardens this week, a cock pheasant has been strutting along the top of the rose wall in the Cloister Garth. When we get too close he flies off over the wall, but will then return to watch us from above a while later. The male mallard ducks are busy squabbling over the females, we hear them quacking loudly at each other followed by flapping and splashing as they confront interlopers and see off the competition!

The robin has kept us close company as usual, always at our side when we are weeding ready to hop in and grab a juicy grub or worm or sitting on the wheelbarrow watching us dig and prune. 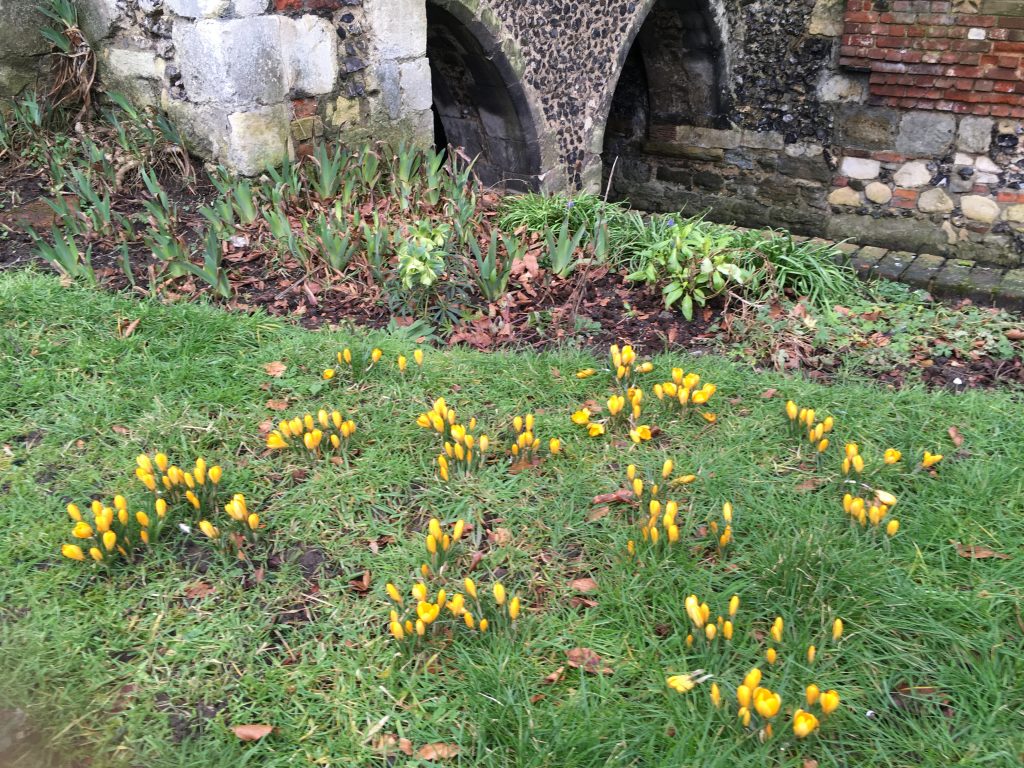