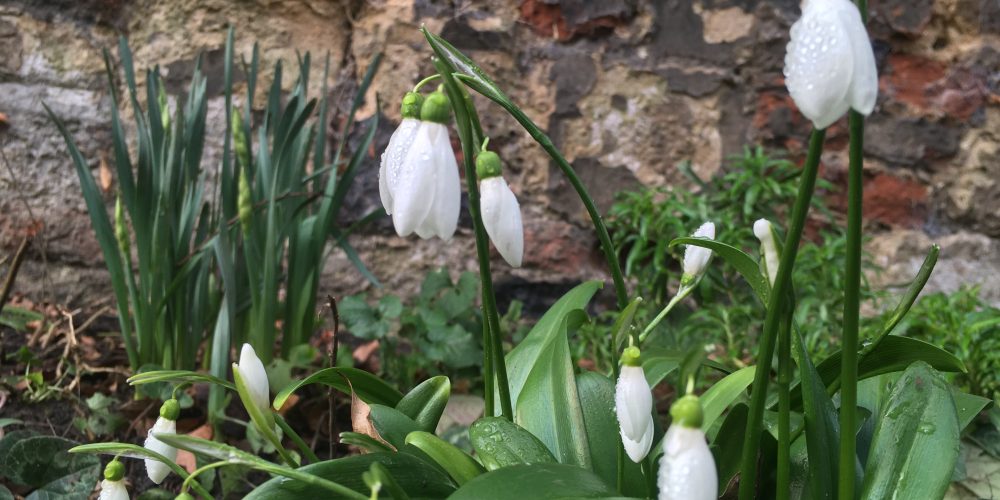 The focus this week has been winter pruning.

We started with the leviathan that is the wisteria. Last summer, after flowering, we took back all the new growth and long whippy strands and now, for the winter prune, the aim is to reduce all this new growth even further back to create short spurs which will bear the flowers.

The age and sheer mass of mature, winding and overgrown branches means that it wasn’t an easy job to tease out the new growth and impossible take it back as far as we would want to. There was a lot of deadwood which we carefully teased out but much of the growth is so intertwined we couldn’t clear all of it without damaging the plant and the wall it is clinging to. The Henchman platform really helped, and over two days we managed to prune back the front face by hand. Even on the Henchman we still couldn’t reach the very top growth to prune by hand, so had to use the hedge cutter on the long pole for the highest parts.

Hopefully what we have done will help to maintain the shape and stop too much excess weight dragging the plant forwards and away from the wall, and (fingers crossed!) we should still get a good show of flowers in May.

Once that task was complete we tidied the borders along the wisteria walk. Clumps of snowdrops are coming through, as are the small green shoots of the bluebells. Aconites give a splash of bright yellow against the browns and greens of the old fern fronds and cyclamen leaves.

The roses along the wall in the Cloister Garth that were pruned late last year are all budding. We spent a morning tying the longest stems down to as near horizontal as possible to encourage the vertical growth that will bear flowers in the summer. Most of the new roses that were planted in November have tiny buds forming too, so the wall should be a scented mass of colour throughout the summer.

The medlar in the Cloister Garth was so laden with fruit last autumn that several of the branches were dragging on the ground and across the path so we also pruned this carefully to slightly raise the canopy and to curtail the branches that were obstructing the pathway.

Likewise we gave the fig on the back wall a light prune, taking out one leading branch that was pulling the whole plant forwards across the path and the result is a much more pleasing, upright shape.

Now that the restoration work on the old arch and Lovelace Wall is imminent we moved the foxgloves beneath the arch and planted them on the shady side of the cutting garden. Checking over the Madonna Lily bulbs stored in the shed we noticed that a dozen or so were shooting, so planted them up in 4 terracotta pots. The others, still dormant, are in the shed, awaiting their final planting positions.

All week we have been kept company by two pairs of robins, all curious and eager to take advantage of any grubs and worms we disturb in our work. Occasionally the two males come to blows when one or the other oversteps the territorial boundary and for a few seconds there’ll be a cafuffle of feathers until one gives way. The two females tend to sit back and watch from a distance, you can imagine them raising their eyebrows at us as if to say “Here they go again….” 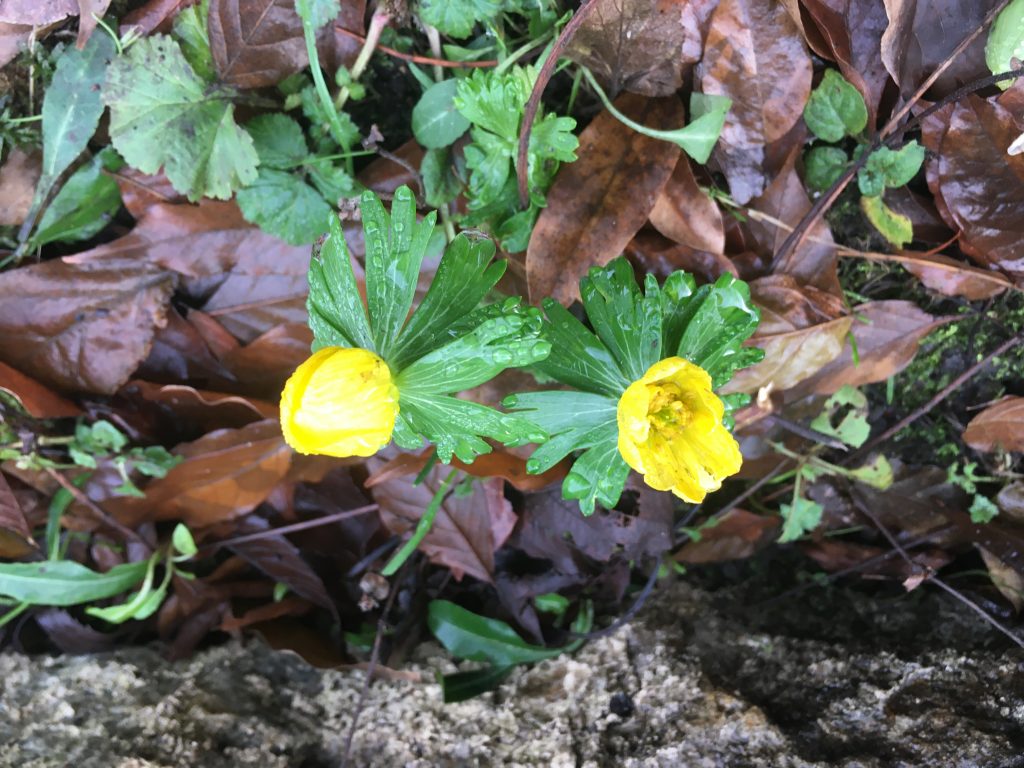