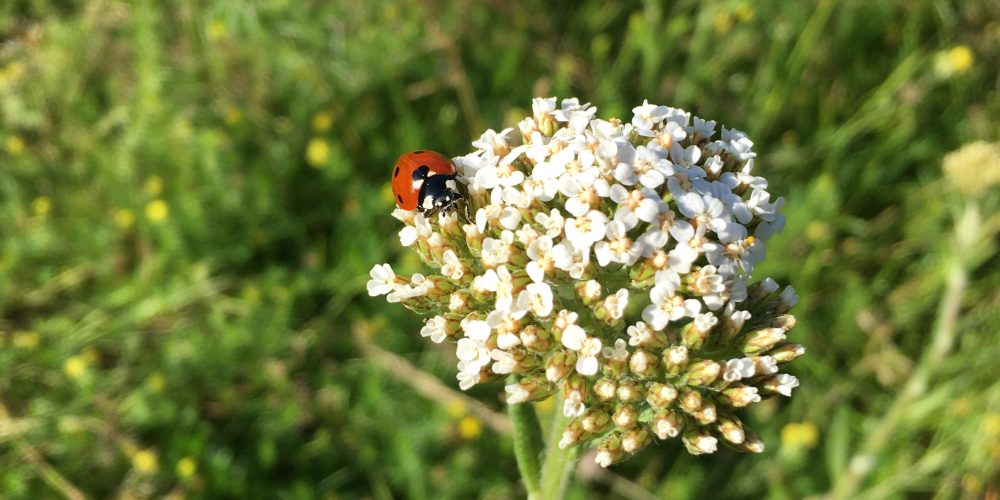 Digging out the new riverside border in the wildflower meadow is now complete (hurrah!) and the cleared area is prepared and ready to have meadow turf laid, although this will be done later in the season, once the hottest weather has passed. It was very satisfying to be able to transplant many of the lupins into the border beneath the wisteria and most of the violets, golden rod, cranesbill geraniums and hellebores went back into the new riverside border. We will be watering them well and regularly over the next few weeks to make sure they have the best chance to settle and begin to form new roots.

The small bed beneath the pear trees outside Assisi Cottage was cleared of grass and brambles and has been dug over and sowed with valerian seed. The combination of blue borage, white achillea and pink valerian should make a good show through next spring and summer.

Robert went into the river between the chapel and the bridges to remove brambles and bindweed from the walls. He ended up finding 2 bicycle tyres, a sweatshirt, a woolly hat, a stiletto shoe and several beer bottles as well as a Tesco’s shopping trolley which had been dropped into the river from the public path bridge beyond the chapel. At least the trolley was useful for putting all the other rubbish into!

The two borders beside the grass path along the wisteria wall have been weeded and tidied. Most of the Canterbury Bells have gone over now, and we are leaving them in to self-seed across the borders.

No sign of Basil or the moorhen chicks this week, but the robins and ducks have been around each day, as have a longhaired tabby and a very sleek Siamese. They are shy of us, but send the pigeons and blackbirds into a flurry every time they appear!

“Must see” items in the gardens this week:

Lady’s bedstraw – tiny yellow spikes in full flower in the wildflower meadow ( the name comes from medieval times when it was cut, dried and added to straw to stuff mattresses – the scent is a natural flea repellent which was obviously very useful!)

Pumpkins flowering in the two beds alongside the old glasshouse among the physalis (Chinese lanterns).

The rampant ferns along the riverside wisteria border – looking vibrant and growing taller and taller each day. 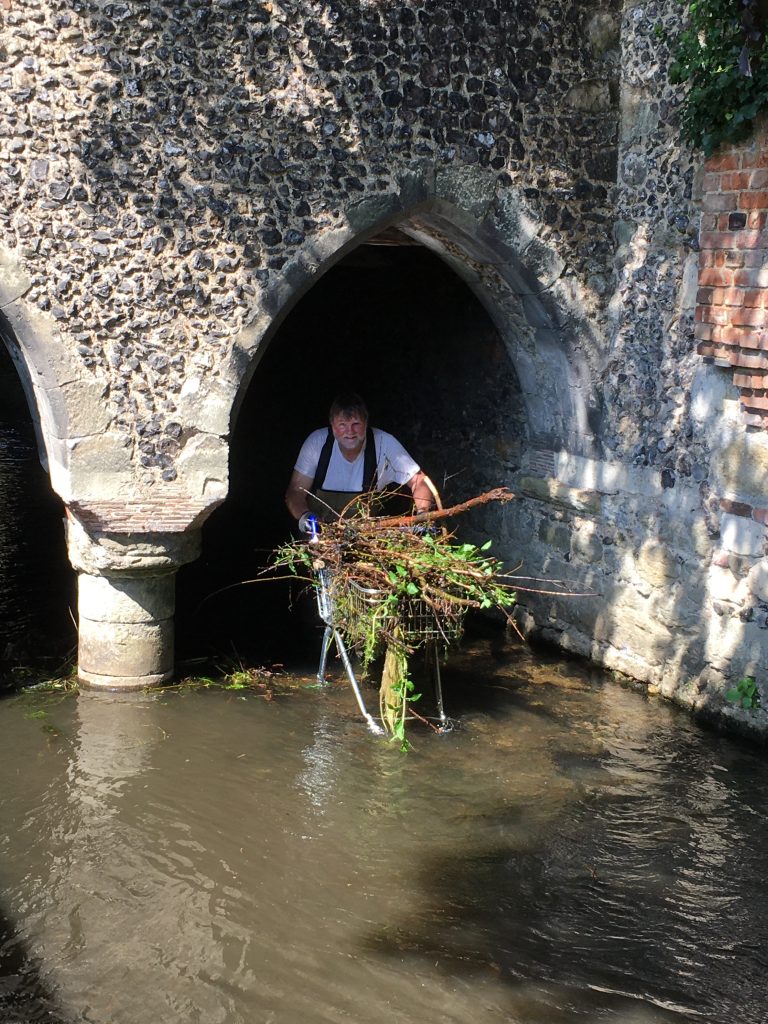